When Did IVC Filter Use Begin to Decline

For decades, implantable inferior vena cava (IVC) filters were a front-line treatment for trauma patients who were at risk for experiencing potentially deadly thrombotic events, such as stroke, pulmonary embolism (blood clots in the lungs), or deep vein thrombosis (blood clots in the legs).

However, in recent years, the use of IVC filters has fallen rather dramatically. Now, two studies presented at a March 2017 Society of Interventional Radiology meeting suggest that the decline in IVC filter use is directly related to a 2010 safety alert issued by the U.S. Food and Drug Administration (FDA) warning against the long-term use of the devices.

Prior to 2010, the rate of IVC filter placements rose 9.36 percent annually, but dropped an average of 7.36 percent each year from 2010 to now. These statistics are based on a retrospective analysis of IVC filters placed between 1993 and 2014, conducted by researchers at the Rush University Medical Center in Chicago. The results of this analysis were determined by using a 20 percent stratified sample from the National Inpatient Sample (NIS). 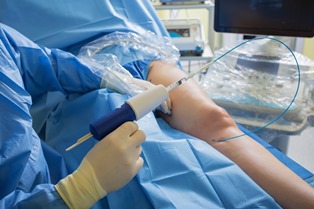 The second study, which examined data from the IVC filter retrieval program at Chicago's Northwestern Medicine clinic, also identified 2010 as a turning point in the thinking surrounding the use of IVC filters. When the program was established in 2009, retrievals of temporary IVC filter devices hovered around 34.2 percent. After 2010, retrievals rose to 69.6 percent and saw year-by-year increases.

Correlation is not causation, but researchers were unable to find another explanation for the decline in IVC filter placements and increase in retrievals. During the same time period, the rates of pulmonary embolism and deep vein thrombosis remained steady, ruling out the hypothesis that the drop in the use of IVC filters could be related to a decrease in the occurrence of the conditions IVC filters are used to treat.

Additionally, researchers were able to identify several interesting geographical trends related to IVC filter use. For example, the Northeastern United States was identified as the region with the greatest reduction in the placement of IVC filters, while the Western United States continued using the devices, albeit much more conservatively. However, according to Rush University Medical Center researchers, IVC filter use remains widespread in the Southern states

What Are IVC Filters?

IVC filters are wiry medical devices that are inserted laparoscopically and threaded into the inferior vena cava vein to catch and hold passing blood clots until they dissolve. Available in permanent and retrievable varieties, IVC filters are indicated for use in trauma patients preparing to undergo surgery, as well as patients for whom traditional anti-clotting measures, such as anticoagulant medications, haven't delivered the desired results.

Although IVC filters have been in use in the United States since the 1970s, the FDA issued its first alert for the devices in 2010, after receiving reports of IVC filter-related adverse events from doctors and patients.

The 2010 safety alert, which is now being credited with a reduction in IVC filter use, warned patients and doctors that the risk of developing complications rises steadily the longer the devices are left in the body. The FDA issued a second IVC filter safety alert in 2014 to provide more specific guidance to doctors who routinely use IVC filters in their patients.

The second alert recommended that IVC filters be removed as soon as medically possible and left in place no longer than 54 days after implantation. According to research cited by the FDA in the 2014 safety alert, IVC filter risks begin to outweigh any benefits after 55 days.

Are You Considering an IVC Filter Lawsuit?

IVC filters that have been left in place too long are linked to a number of worrisome side effects and complications, including breakage, infection, and migration to other parts of the body. If you experienced serious IVC filter side effects, you may be eligible to pursue compensation from the device's manufacturer. McGartland Law can help you explore your legal options and determine if filing an IVC filter lawsuit is right for you. Contact McGartland Law today to schedule your free initial case consultation.