In a recent real-world study comparing the benefits of old-school warfarin and next-generation anticoagulants Eliquis (apixaban), and Pradaxa (dabigatran) for the treatment of non-valvular atrial fibrillation, Eliquis repeatedly came out on top in terms of efficacy, safety, and controlling bleeding-related costs.

The study was presented at the American College of Cardiology's annual meeting in March 2017.  Researchers from Pfizer and Bristol-Myers Squibb analyzed the Medicare records of a number of patients with atrial fibrillation to determine if the next-generation medications offered any real benefit over warfarin, other than convenient dosing and a lack of dietary restrictions.

Despite the fact that the eye-opening results were strongly in favor of next-generation treatments, research shows that the majority of atrial fibrillation patients continue to take classic warfarin due, in part, to concern over the irreversible bleeding risks associated with drugs such as Pradaxa. 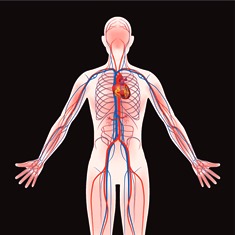 Eliquis is a popular next-generation anticoagulant drug developed in collaboration between Pfizer and Bristol-Myers Squibb. It was approved by the U.S. Food and Drug Administration (FDA) in 2014 for the treatment and prevention of venous thromboembolic events, such as deep vein thrombosis (blood clots in the legs), pulmonary embolism (blood clots in the lungs) and stroke. A direct factor Xa inhibitor, Eliquis works by inhibiting the conversion of prothrombin to thrombin, indirectly preventing or decreasing the formation of clots.

As with all anticoagulant medications, Eliquis carries a risk of internal bleeding and, like most of the drugs in its class, lacks a safe and reliable reversal agent with FDA approval.

Warfarin, also sold under the brand names Coumadin® and Jantoven®, is a first-generation blood-thinning drug approved by the FDA in 1954. Unlike next-generation drugs that reduce or prevent clotting by inhibiting thrombin, warfarin works using a completely different mechanism of action—by blocking vitamin K, which is essential to the clotting process.

This particular mechanism of action is a double-edged sword: it requires patients to restrict foods high in vitamin K, such as leafy greens, broccoli, cabbage, and Brussel sprouts. However, a high dose of vitamin K serves as an antidote to the drug's blood-thinning properties, safely reversing potentially dangerous bleeding events. Warfarin also requires patients to submit to weekly blood tests and other monitoring to ensure the drug is working properly.

Manufactured by Boehringer Ingelheim, Pradaxa is a blood-thinning medication first approved by the FDA in 2010. In the years since its FDA approval, Pradaxa has become one of the most-prescribed drugs in its class and has the distinction of being the only next-generation with an FDA-approved antidote. The FDA granted fast-tracked approval for Boehringer Ingelheim's Praxbind (idarucizumab) antidote in October 2015. Like Eliquis, Pradaxa works by inhibiting thrombin, which discourages the formation of blood clots.

When compared, Pradaxa and warfarin carried a similar risk of stroke. However, the risk of serious bleeding was significantly lower for patients taking Pradaxa.

Do You Need a Personal Injury Attorney?

Did you or someone you love experience a serious internal bleeding event after being prescribed a next-generation anticoagulant such as Pradaxa, or Eliquis? If so, you may be eligible to seek a financial award from the offending drug's manufacturer. Interested in discussing the details of your case with an experienced personal injury attorney? Contact McGartland Law now to schedule a free initial case consultation.