Stryker has come under fire in recent years for metal-on-metal hip replacement systems that fail prematurely, necessitating painful and invasive hip replacement or reconstructive surgeries. After voluntarily recalling two such components—the Rejuvenate and ABG II modular-neck hip stems—in 2012 over concerns of fretting and corrosion, the problematic devices are finally catching up with the company. Significant fourth-quarter losses and a slew of dangerous device lawsuits allege Stryker knowingly manufactured, marketed, and sold defective products without warning doctors or patients of their higher-than-usual rates of failure.

According to a report released early in 2017, Stryker's profits experienced a 2.3 percent year-over-year decrease in the fourth quarter, bringing profits down to $510 million. Earnings per share were also down 2.9 percent year-over-year, to $1.34. While this downward trend can be partially explained by recall-related charges the company incurred, restructuring and acquisition costs may also be to blame.

Despite Stryker's ongoing legal battles, the company's organic sales are projected to grow up to 6.5 percent in 2017, with earnings per share up to $6.45. 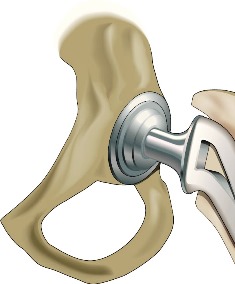 Although Stryker's metal-on-metal hip replacement implants were allegedly designed for durability and with the needs of younger, more active patients in mind, they failed to deliver the promised longevity or offer an improved range of motion.

Rather than providing hip replacement patients with a better experience, Stryker's metal-on-metal components have been linked to a number of concerning side effects and complications, including:

Metal-on-metal hip implant components like those recalled by Stryker have also been linked to metallosis, a dangerous form of metal poisoning caused by tiny metal shavings created when pieces of the metal prosthesis grind together. The metal shavings can embed in the surrounding tissue, causing elevated levels of metal in the bloodstream, as well as non-cancerous tumors, bone and tissue damage, and infections.

A Stryker metal-on-metal hip implant that fails prematurely may be painful, make noise when you move, dislocate, and even break apart inside the body. When this happens—and medication and physical therapy aren't sufficient to relieve pain and restore mobility—a hip revision surgery may be required.

These surgeries are more difficult, more painful, and more invasive than the original hip replacement surgery. Doctors often have to break prosthetic components away from the bone and then repair or rebuild the damaged bone before installing a new implant. Not only is this surgery and the recovery period more grueling than the initial hip replacement, but patients undergoing revision or reconstructive surgeries are often older than patients undergoing their first hip replacements, making older people even more vulnerable to infection and other surgical risks.

Are You Considering Filing a Stryker Hip Implant Lawsuit?

Did your orthopedic surgeon use Stryker metal-on-metal hip implants in your hip replacement surgery? Were your dreams of pain-free movement dashed by frequent swelling, searing pain, and limited mobility? Has your doctor recommended a revision or reconstructive surgery to remove and replace a failed implant? Are you currently recovering from a horrendously painful second hip replacement surgery? Is your pain getting in the way of you living your life?

If you answered “yes” to any of these questions, you may be eligible to file a personal injury lawsuit to pursue compensation for damages caused by a defective Stryker hip implant. Contact McGartland Law today to make an appointment for a free initial consultation and discuss the details of your case with an experienced legal professional.