Riding a motorcycle can be extremely dangerous. According to the National Highway Traffic Safety Administration (NHTSA), in 2015 alone, 4,976 bikers were killed and an additional 88,000 were injured in motorcycle accidents in the United States.

The consequences of serious motorcycle accidents can be devastating for everyone involved, but particularly for motorcyclists who lack the exterior protection afforded to individuals in passenger vehicles. As a result, a motorcyclist who survives a major accident may significant challenges, such as catastrophic injuries, considerable damage to the cycle, and other economic and non-economic losses.

Riders injured in crashes caused by another person or entity's negligence shouldn't have to shoulder the financial burden of motorcycle accidents on their own when they may be entitled to damages from the at-fault party. Unfortunately, myths and misconceptions about motorcycle accident cases keep many crash victims from taking legal action to pursue the compensation they deserve.

If you're considering filing a personal injury lawsuit to seek compensation for injuries or other losses sustained in a motorcycle accident that wasn't your fault, falling for these common motorcycle crash myths can cost you. 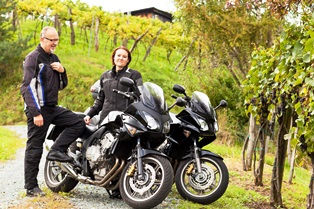 If television programs are to be believed, all motorcyclists are crazy yahoos who recklessly weave in and out of traffic, drive on the shoulder, and speed. Thus, whatever motorcycle accidents occur are likely their fault.

However, crash data simply doesn't support these beliefs. While some motorcyclists may engage in reckless behaviors, most are safe and competent riders.

In 2013, researchers at the University of South Florida's Center for Urban Transportation Research who analyzed 10 years of crash data found that 60 percent of motorcycle accidents are caused by motorists, not bikers.

Myth: Biases Against Motorcyclists Makes It Impossible to Obtain a Fair Settlement

Pervasive biases that suggest motorcyclists are to blame for their accidents and injuries can make securing a fair financial award challenging, but certainly not impossible.

When it comes to convincing an insurance company, judge, or jury, evidence—and assertive legal representation—can make all the difference. A knowledgeable personal injury attorney who specializes in these accidents can help clients overcome biases and stereotypes that could harm their case.

Myth: Negotiating With the Insurance Company Is Easy

Negotiating with an insurance company may not sound intimidating, but it isn't as easy as someone might think. In fact, such negotiations can be extremely risky for motorcycle accident victims.

Insurance companies are focused on protecting the bottom line, not the wellbeing of accident victims. This means adjusters are focused on reducing the companies' financial obligations whenever possible. When victims engage in negotiations without an attorney, it's much easier for adjusters to offer settlements less than what motorcyclists deserve.

Department of Transportation-approved helmets save lives. However, in Texas, motorcyclists 21 and older aren't legally required to wear a helmet if they've completed a safety course and have the appropriate insurance.

As a result, injured motorcyclists may be eligible for compensation, even if they weren't wearing a helmet.

Of all the commonly-circulated motorcycle accident case myths, this one just might be the most destructive to an injured cyclist's prospects for a fair financial recovery. While it's possible for an accident victim to file an insurance claim or lawsuit, studies suggest that those who do often receive smaller settlements than personal injury plaintiffs with quality legal representation.

If you were injured or suffered significant property damage in a motorcycle accident caused by someone else's negligence, don't let misconceptions stand between you and the financial award you deserve. Contact McGartland Law Firm today to schedule an appointment for a free, no-obligation initial case consultation. Our award-winning legal team is eager to help you explore your legal options.