Self-driving cars, also known as autonomous vehicles, are the future of transportation in the United States. Developers and proponents of autonomous vehicle technology made significant strides in 2017, with Congress passing bipartisan legislation making it easier for automakers to test their self-driving cars. Alphabet, Inc. subsidiary Waymo announced plans to launch a driverless taxi service in the near future. 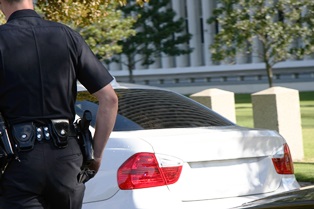 Self-driving cars are expected to be mainstream within a decade. While fully autonomous vehicles have the potential to greatly improve roadway safety by reducing both traffic congestion and accidents, some automotive safety experts warn the public should expect to hear about more self-driving cars being involved in accidents as they're deployed throughout the country.
To prepare for that eventuality, Waymo is working with law enforcement agencies and first responders in Texas, Arizona, California, and Washington to develop protocols for responding to accidents involving self-driving cars.

As more self-driving cars take to the road, it becomes increasingly important that members of law enforcement understand how to interact with these vehicles during a traffic stop or after an accident. The first step is teaching officers and other first responders how to recognize and access a self-driving car.

To accomplish this, Waymo is doing in a series of on-site training sessions in the cities where the company is testing its autonomous vehicles. The company plans to continue these sessions, expanding the program as self-driving car technology becomes more advance and the vehicles are rolled out across the country.

In October 2017, Waymo released a 43-page report outlining some of the company's collision avoidance and accident response efforts, which includes building a “library of sights and sounds” to help self-driving cars safely respond to emergency vehicles and other challenges on the road.

According to the report, Waymo is currently programming its self-driving cars how to stop in unsafe conditions, such as in inclement weather; during a system failure; or after an accident. This is achieved with a series of sophisticated sensors that respond when driving conditions become too difficult or perilous, and “listen” to sirens to determine which direction they're coming from, allowing the self-driving vehicle to move safely out of the way.

The ability to bring self-driving cars to a safe stop without the need for a human driver to take over the controls makes Waymo's self-driving technology a Level 4 automated driving system, according to SAE International, the world's largest automotive and aerospace standards-setting body. Out of five levels, Level 4 indicates a vehicle has fully autonomous control, including "safety-critical driving functions," depending on operational design.

Self-driving cars that make our roads safer in the future don't help those who have already been injured in serious accidents. If you were hurt in a car crash caused by someone else's negligence, you may be entitled to damages from the at-fault party.

McGartland Law Firm's award-winning legal team can help you explore your legal options and fight for the financial recovery you deserve. Contact McGartland Law Firm today to schedule an appointment for a free initial review of your car accident case.