More than 20 million Americans fill prescriptions for proton pump inhibitor (PPI) medications each year in the United States, according to the U.S. Food and Drug Administration (FDA). Approved for the treatment of gastric-acid illnesses, such as chronic heartburn, peptic ulcer disease (PUD), gastroesophageal reflux disease (GERD), and nonsteroidal anti-inflammatory drug-induced gastropathy, PPIs are among the most commonly-prescribed classes of drugs in the U.S. 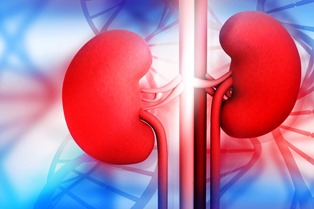 Multiple studies link PPIs such as Prilosec® (omeprazole) and Nexium® (esomeprazole) to kidney damage, chronic kidney disease, and even kidney failure. While the prospect of developing life-threatening complications after taking a drug to control stomach acid is frightening enough, a recently-published study suggests the link between PPIs and renal problems is even more concerning than previously realized.

Conducted by researchers at the Washington University School of Medicine in St. Louis and the Veterans Affairs St. Louis Health Care System, the study examined Department of Veteran Affairs data on 125,596 new PPI users, as well as that of 18,436 new users of H2 blocker heartburn drugs, such as Zantac® (ranitidine) and Pepcid® (famotidine).

The study followed patients over a five-year period and found that those taking PPIs were more likely to develop kidney complications compared to those taking HR blockers. Additionally, of the PPI patients who developed chronic kidney damage and end-stage kidney disease, more than half exhibited no sign of kidney decline or injury prior to their diagnosis.

As a result, researchers concluded that doctors and patients can't rely on early symptoms of acute kidney injury as a guard against the development of chronic kidney disease and other serious renal problems. Patients may experience a gradual decline in their kidney function without them or their doctors ever knowing—until it's too late.

The study appeared in the Feb. 22, 2017 issue of Kidney International.

What Patients Can Do

The results of the study suggest that PPI patients and their doctors must be more vigilant in monitoring the drug's effects on kidney function. This usually means submitting to more frequent blood tests to gauge how well the kidneys are working, and dosage adjustments or medication changes, if necessary.

Patients should also talk to their doctors about whether a PPI is really necessary for the management of their particular condition. In many cases, chronic heartburn and other gastric-acid conditions can be managed with calcium-based antacids, such as Tums, or dietary and lifestyle changes. For patients who do require a prescription acid-reducer, H2 blockers may be a suitable alternative to PPIs, particularly for long-term use.

Also, while the majority of patients who developed serious kidney complications didn't experience early warning symptoms, some did. Patients taking PPIs should be on the lookout for the following symptoms and report them to their doctor as soon as possible:

Other Serious PPI Side Effects and Complications

In addition to kidney disease and failure, PPIs have also been linked to dementia, cardiovascular disease, bone fractures, pneumonia, B12 deficiency, and low magnesium levels. The risks of developing such complications increase with long-term use. To avoid PPI-related health problems, the FDA recommends that patients restrict PPI use to just three 14-day cycles per year.

Are You Considering a PPI Lawsuit?

If you experienced serious PPI-related side effects, or developed kidney injury, chronic kidney disease, or kidney failure while taking a PPI medication, you may be eligible to file a lawsuit against the drug's manufacturer. A personal injury attorney with experience handing dangerous drug cases can help you fight for a fair financial recovery.

Contact McGartland Law today to discuss the details of your potential PPI lawsuit with one of our attorneys. Our firm offers a free initial consultation.