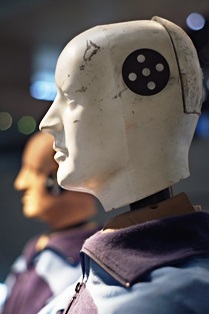 Safety is a major consideration among car buyers. In recent years, automakers have taken notice, adding a wide array of features designed to keep drivers safe and sound in the event of an accident.

However, while much of the focus has been on improving safety for drivers, far less attention has been paid to the issue of protecting passengers in the front seat.

The following types of crashes can be particularly dangerous for them:

In 2012, the IIHS introduced the driver-side small overlap frontal test, which involves maneuvering a vehicle into a barrier at 40 miles per hour while one-quarter of the vehicle's driver-side front end overlaps the barrier. Designed to simulate what happens when the front corner of a vehicle hits a tree, light pole or other obstacle, the results of the test spurred automakers to make significant improvements to vehicle structures and restraints.

The new passenger-side small overlap frontal test has been added to the IIHS's regular battery of crash tests and vehicles must obtain a good or acceptable rating to be eligible for the institute's coveted Top Safety Pick+ award.

In October 2017, the IIHS evaluated 13 midsize vehicles from the 2017 and 2018 model years, assigning them good, acceptable, and marginal ratings as follows:

If you were hurt in a car accident while riding in the front passenger seat, you may be entitled to compensation for your injuries. The knowledgeable legal team with McGartland Law Firm can review your case and explain your options. Contact us today to schedule an appointment for a free initial case analysis.