Many victims are overwhelmed with questions after they are hurt by defective products. We have compiled many common questions about metal hip implants, dangerous drugs, and defective medical devices, and provided the answers on our FAQ page. Browse or search here to learn more about your injury claim!

Do PPI medications do more harm than good?

Gastric acid-related conditions, such as heartburn, are extremely common in the United States. As many as 60 million Americans report experiencing heartburn at least once a month, according to the American College of Gastroenterology, while more than 15 million Americans say they suffer from heartburn on a daily basis. 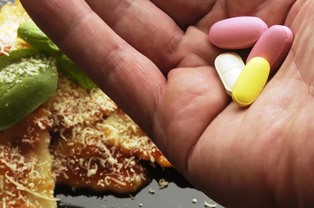 When proton pump inhibitor (PPI) medications were approved by the U.S. Food and Drug Administration (FDA), they offered much-needed relief to patients suffering from heartburn and other gastric acid maladies, and quickly found a place among the nation's best-selling drugs.

However, in recent years, studies have linked the long-term use of PPIs to a host of serious side effects and complications. One such study, conducted by researchers at the University of Michigan and the VA Ann Arbor Healthcare System, even suggested that popular PPI medications such as Prilosec® (omeprazole), Prevacid® (lansoprazole) and Nexium® (esomeprazole) may even do more harm than good.

Whether PPIs are more trouble than they're worth is still up for debate. The safest answer is, like most drugs, PPI medications have both benefits and drawbacks that must be carefully weighed and discussed with your doctor.

Though PPI medications have many benefits, they have just as many, if not more, drawbacks, including:

PPIs are some of the most-used classes of drugs in America, but shouldn't be taken by most people on a long-term basis. The FDA recommends that patients take no more than three cycles of two-week courses of the drug each year. However, PPIs may be prescribed for longer periods for patients with ulcers.

Researchers estimate that many of the patients taking PPIs could control their heartburn via less risky means, such as chewable antacids, H2 blockers, and lifestyle or dietary changes.

Did You Experience Serious Side Effects While Taking PPIs?

If you experienced serious side effects, or developed a chronic or even life-threatening condition while taking a PPI medication, McGartland Law can help you fight for compensation from the drug's manufacturer. Contact us today to schedule an appointment for a free, no-obligation initial consultation to discuss your potential PPI case.