Approved and Unapproved Uses of Zofran

What Patients Need To Know Before Taking Zofran®

Many patients rely on anti-nausea drugs after major medical procedures. Surgery, cancer treatments, and other necessary medical care can have widespread effects on a patient’s digestive system, and a loss of appetite can affect a patient’s ability to heal and recover. However, anti-nausea medications are not without risks, and should only be taken by patients who can tolerate both the benefits and side effects. 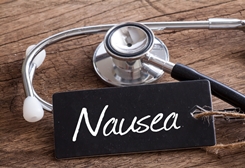 neurotransmitter called serotonin, which can trigger nausea and vomiting. Zofran was approved by the Food and Drug Administration (FDA) in 1992, giving drugmaker GlaxoSmithKline permission to manufacture and market the drug. In 2007, the FDA approved ondansetron (the active ingredient in Zofran) for generic use by several drug companies.

Zofran has been associated with many serious side effects including:

Patients are advised to contact their doctors immediately if they suffer any of these side effects. In addition, ondansetron can impair the ability to think clearly and dull reaction times, so patients should take extra care when driving or performing activities that require quick movements or sound decision-making.

Who Should Not Use Zofran?

Zofran oral dosage was approved to treat nausea and vomiting after surgery, prevent radiation-induced nausea, and reduce or prevent vomiting due to chemotherapy. Additional uses include treating excessive vomiting in children suffering from severe gastroenteritis and preventing uncontrollable shivering in patients who have undergone anesthesia.

However, some patients are not good candidates for treatment with Zofran, including:

How Will I Know if Zofran Harmed My Baby?

One of the most fretful complications of Zofran is the potential to harm a developing fetus. As nausea is typically worse in the first few months of pregnancy, pregnant patients are often prescribed Zofran during the child’s most important stage of development. The baby’s brain and other organs are formed during the first trimester, and can be negatively impacted by ondansetron.

Unfortunately, women may not be aware that Zofran has caused injury to their child until after the baby is born. Reported injuries include:

If you or your child was harmed as a result of Zofran while pregnant, we can help you take action against the maker of this dangerous drug. The McGartland Law Firm can fight on your behalf to get proper compensation for permanent disabilities and life-altering injuries, and we do not collect legal fees unless we win your case. Contact us today using our online contact form or by calling the number on this page.