These Common Construction Accidents Injure Or Kill Thousands Each Year

Construction is an exceptionally dangerous field for its workers, thousands of whom are injured or killed each year in construction site accidents. According to the U.S. Department of Labor's Occupational Safety and Health Administration (OSHA), the federal agency tasked with regulating workplace health and safety, 937 construction workers died on the job in 2015 alone.

Construction industry fatalities accounted for 21.4 percent of all private industry worker fatalities in 2015. This means roughly one in five people who died in the workplace in 2015 was a construction worker. 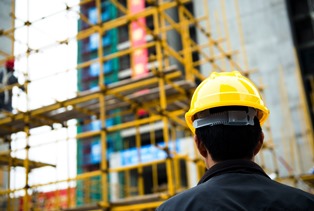 With dangerous equipment and other hazards around every corner, it's not difficult to see how the construction earned its reputation as one of the deadliest fields for American workers. When even the smallest mistake or misstep has the potential to result in catastrophic injury or even death, adhering to proper safety protocols is of paramount importance. And, in the event that an employer or coworker's negligence causes an accident and injuries, personal injury law allows victims to seek compensation in civil court.

Falls are, by far, the most common cause of death on construction sites. In 2015, 364 out of 937 construction deaths—approximately 38 percent—were attributed to a fall. Of the remaining deaths, 90 people (9.6 percent) were struck by an object; 81 (8.6 percent) were electrocuted; and 67 (7.2 percent) were caught in or compressed by equipment, objects, or collapsing structures.

To say the “fatal four” are a big deal would be an understatement: these incidents were responsible for nearly 65 percent of all construction worker deaths in 2015. Though it's a lofty goal, OSHA hopes to eventually eliminate “fatal four” accidents through education and safety training. If successful, the lives of more than 600 American workers would be saved each year.

Also, the “fatal four” may be the leading causes of death for construction workers, but they're far from the only ways that workers can be injured or killed on construction sites. For example, being struck by a vehicle is a common cause of injury and death for workers who do highway construction. Other common incidents are fires and explosions, trench collapses, machinery accidents, and overexertion, which may lead to heat strokes.

Construction site accidents can lead to a number of serious injuries, including:

Construction workers who are injured on the job can seek compensation from their employers, or in some cases an equipment manufacturer, for damages such as medical expenses, lost wages for time missed from work, loss of earning potential if the injury prevents holding a job, and even pain and suffering.

Families who lost a loved one in a construction place accident also have legal recourse and can pursue a financial award for funeral and burial expenses, loss of financial support, loss of love and companionship, and more.

Were You Injured in a Construction Accident?

Construction accident injuries tend to be serious, adding insult to injury for those who have spent their lives working with their bodies. If you were injured in a construction accident, let McGartland Law help you fight for the compensation you deserve. Contact McGartland Law today to schedule an appointment for a free initial review of your case.