Dangerous Side Effects of the Zimmer Kinectiv Hip Implant

For many patients who needed a hip replacement device, the Zimmer Kinectiv Prosthesis may have seemed like an attractive option. Rather than insert a one-size-fits-all device, Zimmer’s M/L Taper with Kinectiv Technology offered a wide range of head, stem, and neck sizes, allowing each patient to be custom fitted with a device that closely matches his or her natural hip joint. However, many patients who received these implants suffered debilitating injuries, leading to a nationwide medical device lawsuit against Zimmer. 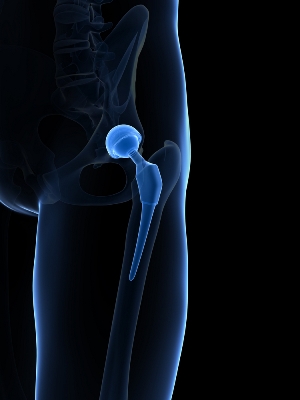 The Zimmer M/L Taper is composed of three parts: the modular neck, the femoral stem, and the femoral head. Each of the pieces comes in a variety of sizes, which was marketed by the company as offering a more secure fit for both male and female patients. The device was also supposed to offer greater conservation of the bone tissue surrounding the implant and lower the risk of dislocation, as the custom-fit device would ideally move in the joint similar to the patient’s natural hip.

Unfortunately, the device failed to deliver on its promises for many hip replacement patients. Shortly after its release, the FDA received reports of injury due to corrosion between the metal neck and femoral stem. Much like the corrosion that is common in metal-on-metal hip implants, the Zimmer’s M/L Taper components can release debris and metal particles into the body, causing a number of harmful effects, including:

We Can Help You Sue for Your Medical Costs

This isn’t the first time Zimmer Holdings Inc. has released a defective hip replacement device into the market. The company has paid millions to settle injury cases arising from its Durom Cup hip implant, with the majority of patients claiming that Zimmer was aware of the risks to patients. If you received a Zimmer hip device, we can help you sue the liable parties for payment for your revision surgeries, medical bills, loss of income, and permanent disability—and you will owe us no legal fees unless we win your case. Call the number on this page today or fill our quick contact form to speak to an attorney about your medical device injury!