As the world's oldest manufacturer of orthopedic devices, Johnson & Johnson subsidiary DePuy Orthopaedics has long enjoyed the trust of doctors and patients alike. However, that trust was strained—perhaps to the breaking point—in 2010, when DePuy recalled its popular ASR Hip Resurfacing System® and ASR XL Acetabular System® devices, citing an abnormally high failure rate that required many patients to undergo a second, and more painful, revision or reconstructive surgery. 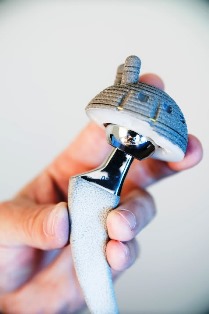 As with similar hip replacement systems, many of the problems with DePuy's ASR series devices stemmed from the metal-on-metal design. Despite being considered a revolutionary design that was adopted by many of the leading orthopedic device manufacturers in the early 2000s, metal-on-metal hip implants ultimately failed to live up to the promise to provide more active patients with a better range of movement.

Instead, many patients were left paying the price for the flawed design. As the metal pieces moved, some of the components ground against each other, releasing tiny metal particles into the surrounding tissues. With continued use of the implant, these metal pieces built up over time, eventually causing a dangerous form of metal poisoning known as metallosis. Some patients also experienced severe pain and swelling at the implant site, as well as grinding, popping, and clicking noises when they walked.

Patients whose failed DePuy ASR hip implants left them in excruciating pain or with limited movement often needed revision or reconstructive surgeries to remove the bad implant, and repair or rebuild the bone before installing a new implant. More than just an inconvenience, these procedures are more painful, invasive, and extensive than the original hip replacement, and subjected patients to unnecessary surgical risks.

Were You Injured by a Recalled DePuy Implant?

In the years since DePuy recalled its faulty ASR devices, thousands of patients have filed lawsuits, claiming that DePuy failed to act in the best interests of its customers by continuing to market and sell a product it knew was dangerous.

If your DePuy ASR hip implant failed, resulting in injury, you may be able to pursue compensation for damages. McGartland Law can help you every step of the way. Call McGartland Law today to schedule a free initial consultation to discuss your potential DePuy case.