Hours of Service Violations May Result in Serious Crashes

Truckers Who Violate Hours Of Service Requirements Endanger Everyone

Driving while drowsy is dangerous for anyone, especially if a person is behind the wheel of a large commercial vehicle such as a semi-truck or 18-wheeler. Unfortunately, commercial truck drivers often feel pressure to arrive at their destinations as quickly as possible in order to move on to the next job.

Overly-demanding work schedules can make it difficult for truck drivers to get the rest they need to drive safely, which can lead to far too many tired truckers on the road. Commercial drivers who are sleepy or inattentive can cause, or contribute to, catastrophic truck accidents that result in serious injuries and even fatalities.

Fatigued and impaired driving plays a role in many of the more than 129,000 large commercial vehicle crashes that occur in the United States each year, according to the Federal Motor Carrier Safety Administration (FMCSA), an agency tasked with regulating the trucking industry. 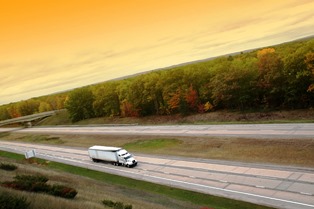 The agency implemented hours of service regulations in 2013 in an effort to reduce fatigue-related large truck accidents, injuries, and fatalities.

These safety regulations limit the length of a trucker's shift and how many hours he can work each week, as well as mandate specific amounts of rest during and between shifts.

The FMCSA's hours-of-service regulations were developed with safety in mind, but not all commercial drivers and trucking companies have embraced them wholeheartedly. Violations and falsification of service logs are common, despite being punishable by a fine.

The FMCSA introduced the hours-of-service regulations in December 2011, but delayed them from taking effect until July 2013, giving drivers and trucking company 18 months to prepare for the change.

The hours-of-service rules for property-carrying drivers:

FMCSA hours-of-service regulations for passenger-carrying drivers are a bit different in that they specify a maximum driving time of 10 hours following eight consecutive off-duty hours and no more than 15 hours of driving in any 24-hour period.

In addition to saving lives, the FMCSA's hours-of-service rules are expected to result in significant financial savings. The FMCSA estimates $470 million in savings due to improved driver health and $280 million in savings as a result of fewer large truck crashes.

In many ways, when it comes to the FMCSA's hours-of-service regulations, commercial drivers are on the honor system, expected to complete their paper or electronic logs accurately and honestly. However, research from the Insurance Institute for Highway Safety (IIHS) indicates this doesn't always happen. Unscrupulous drivers may skirt the hours-of-service rules by falsifying their logs, counting time that they spent driving or loading/unloading cargo as time spent relaxing or sleeping.

Drivers who are caught violating hours-of-service regulations face fines of up to $2,750 for each offense, and trucking companies caught breaking the rules may be fined up to $11,000 for each violation.

Were You Injured in a Truck Accident?

Truck accidents can have devastating consequences. If you were injured in a truck accident, you may know just what it's like to be facing a long and painful recovery, as well as a torrent of unexpected medical bills. However, if the accident was caused by a commercial driver who was violating FMCSA hours-of-service regulations, both the driver and the trucking company could potentially be held liable for your accident-related losses and expenses.

McGartland Law can help accident victims through every step of the personal injury claim or lawsuit process. Contact McGartland Law today to request a free, no-obligation initial consultation to discuss your case.