German pharmaceutical company Boehringer Ingelheim developed its next-generation anticoagulant Pradaxa (dabigatran etexilate mesylate) in the mid-2000s to serve as an alternative to older blood-thinning drugs like warfarin. Offering one-size-fits-most dosage, and without the dietary restrictions and regular blood test monitoring associated with warfarin, Pradaxa quickly became wildly popular among atrial fibrillation patients at risk for blood clots and strokes, as well as their doctors. 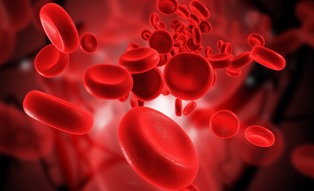 Pradaxa is the most popular direct thrombin inhibitor on the market today. Millions of patients in the United States take it as part of a daily prescription regimen, most having no idea that the drug's been linked to a number of concerning side effects and complications, including life-threatening or fatal uncontrollable bleeding events.

While almost all blood-thinners have the potential to cause unwanted internal bleeding, there's something particularly insidious about the bleeding dangers posed by Pradaxa. As a direct thrombin inhibitor, when Pradaxa causes serious or life-threatening bleeding, it can't be counteracted by administering a quick dose of vitamin K. Patients on warfarin usually stabilize with the introduction of vitamin K.

In fact, for years, Pradaxa couldn't be safely counteracted. When patients experienced life-threatening internal bleeding, the best doctors could do was subject them to dialysis with the hopes that it would clean the drug from their blood—which it did, slowly and not very reliably. As a result, what should have been a quick fix of a routine problem turned deadly for some Pradaxa patients.

If you were recently prescribed Pradaxa or experienced a serious bleeding event while taking the drug, here's what you need to know.

A look at Pradaxa's development and approval history provides some interesting information. Among the most notable tidbits: a five-year gap between its approval and the approval of its antidote, Praxbind®. Consider the following timeline:

Do You Have Questions About a Potential Pradaxa Bleeding Lawsuit?

Thousands of patients have filed lawsuits against Pradaxa's manufacturer, claiming the company continued to market and sell a drug it knew was dangerous and even deadly. If you experienced serious bleeding while taking Pradaxa, you may be eligible for compensation.

McGartland Law's knowledgeable legal team is happy to answer any questions you may have about a potential Pradaxa bleeding lawsuit. Contact McGartland Law today to schedule a free initial case consultation.