Side Effects of DePuy ASR Hips Cause Revision Surgeries

DePuy Hip Side Effects Include Metal Poisoning And Tissue Damage 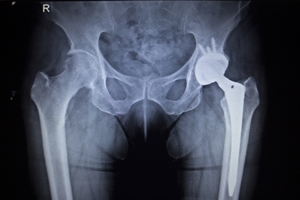 There are many different kinds of hip replacement devices on the market, and each one carries its own particular risks. However, patients who were implanted with the DePuy ASR Hip System may be at higher risk of injuries and device failures than other patients—and they will likely spend much more on future medical costs due to revision surgeries and treatment.

Known Side Effects of the DePuy ASR Hip System

Since the DePuy ASR Hip System is a metal-on-metal device, it has the potential to do a lot of damage inside a patient’s body. The friction of the metal components in the hip joint has been identified as the reason for many of the adverse events reported to the FDA, including:

Patient Costs Pile Up Due to Hip Implant Revision Surgeries

DePuy Orthopaedics and parent company Johnson & Johnson recalled all models of the DePuy ASR Hip System in 2010, and in 2013 the companies announced that they would provide a minimum of $250,000 to any patient who suffered revision surgery after being implanted with the ASR or ASR XL hip device. However, these payments may fall far short in compensating patients who were injured by the implant.

In order to remove the faulty DePuy ASR Hip Resurfacing System and ASR XL Acetabular System or implants, patients must endure painful procedures to remove the device, implant a replacement, and even suffer reconstructive surgeries to restore functionality in the joint. These secondary surgeries are often more invasive than the original hip replacement procedure and can cause infection, immobility, longer recoveries, multiple rehabilitation appointments, and even a risk of additional surgeries in the future.

Some patients are saying it’s not enough for DePuy to pay for surgical costs due to a failed device because the company should have known that the hip implant was dangerous long before it was implanted into patients. Lawsuits currently pending against DePuy allege that the device was flawed even in the initial design stages, while others claim that the company was aware of the high failure rate and risk of metal poisoning but failed to warn consumers. If you or someone you love received a DePuy’s ASR XL, Rejuvenate, or any other hip implant device, we can help you get the full amount of compensation you are owed. Call the number on this page today to speak with an attorney in your free case evaluation.