Side Effects of the Wright Profemur Hip Replacement

Wright Profemur Hip Implants Cause Metal Poisoning And Other Side Effects

Wright’s Profemur hip replacement system was created to provide patients with a custom-fitted hip joint, allowing them better mobility after surgery. The device has six interchangeable neck pieces in multiple lengths that can be fitted onto the stem to fit patients of all shapes and sizes, especially those undergoing complex revision surgeries. Unfortunately, this modular design has a metal stem and metal neck components, causing complications that have been proven to increase the risk of early failure.

Common Side Effects of the Wright Profemur Hip Replacement 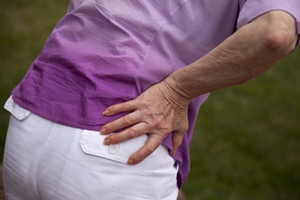 Although it was meant to help patients recover from difficult surgeries, the Profemur’s high failure rate quickly led to a Class 1 FDA recall. The FDA’s recall of the Profemur Neck Varus/Valgus CoCR warned patients of the risks of “serious adverse health consequences” due to corrosion of the device, rubbing together of the metal components (fretting), and femoral neck fractures. These defects have led to a number of injuries, including:

One of the most worrying side effects of metal-on-metal hip devices is metallosis, or metal poisoning. Fretting causes microscopic particles of metal to be released into the bloodstream, causing heavy metals from the device to be absorbed into a patient’s bones and organs. It can take years for symptoms to become evident, and may cause permanent health effects.

Metal poisoning has been associated with the following symptoms:

Why Are So Many Metal Hip Implants Causing Injuries?

Many defective hip devices were originally approved under an FDA process known as the 510(k) program. This allows device manufacturers to get faster approval if the device they have made is similar to a device that has already been approved by the FDA and has been released onto the market. Not only does the 510(k) process not require the same safety trials as standard approval, new products are often compared to formerly-approved devices that are flawed or have even been removed from the market, such as other harmful metal-on-metal hip devices.

One such product is the Profemur Z Revision Hip Stem, which was approved as a “substantially equivalent” device under the 510(k) process in 2012. Over 8% of patients who received a Profemur Z stem suffered early failure of the device that resulted in revision surgery—a risk three and half times higher than similar devices. In recent years, patients have filed Profemur lawsuits against Wright Medical, many of which claim that the company was aware of serious risks to patients.

If you were forced to go through revision surgery or suffered other health conditions as a result of a faulty Profemur hip device, we are here to help. The McGartland Law Firm helps patients in every state sue for the costs of a medical device injury, and we do not charge any legal fees unless we win your case. Call the number on this page today to speak to an attorney about your Profemur hip injury!