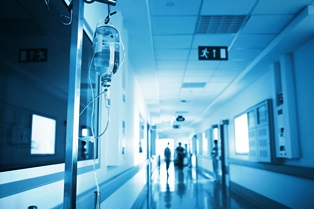 Despite its popularity and widespread use, the safety of Tasigna has been called into question by a number of lawsuits linking it to serious complications.

In addition, a clinical trial reported by the National Cancer Institute that found the drug caused adverse side effects in more than 98 percent of patients.

If you or someone you love suffered serious side effects or complications while taking Tasigna, you may be entitled to compensation. Here's what you need to know if you're considering filing a Tasigna dangerous drugs lawsuit.

Tasigna (nilotinib) is a second-generation tyrosine kinase inhibitor (TKI) drug prescribed to patients with Philadelphia chromosome positive chronic myeloid leukemia (CML), or to other cancer patients who are no longer seeing positive results from their current treatments.

CML is a malignant progressive cancer in which an abnormal Philadelphia chromosome produces too many white blood cells, preventing healthy cells from functioning properly. Tasigna works by inhibiting the protein that triggers the overproduction of white blood cells, and interfering with the growth and spread of cancer cells.

The U.S. Food and Drug Administration (FDA) first approved Tasigna in October 2007 for the treatment of CML in adult patients resistant or intolerant to previous therapies that included Gleevec® (imatinib).

In June 2010, the FDA also approved Tasigna as a treatment for patients newly diagnosed with CML. Additionally, in December 2017, the FDA updated Tasigna's label to reflect that some CML patients may be able to stop treatment after a sustained response.

Tasigna may be popular with doctors, but the drug has faced more than its fair share of regulatory issues:

Tasigna is associated with a variety of side effects and complications. The most serious is atherosclerosis—a hardening of the arteries that affects arteries in the heart, brain, arms, legs, pelvis, and kidneys. Caused by a buildup of plaque, atherosclerosis can cause symptoms such as chest pain, confusion, fatigue, pain or weakness in the extremities, and shortness of breath.

It may also lead to other conditions such as:

Other Side Effects Associated With Tasigna

Tasigna has also been linked to a number of other side effects and complications, including:

Did you or someone you love develop atherosclerosis or another serious complication while taking Tasigna as part of an aggressive cancer treatment regimen? If so, you may be eligible to pursue compensation for medical expenses, lost wages, pain and suffering, and other damages.