Fires, explosions, and falls are usually the first things that come to mind for most people when thinking of fatal accidents involving oil field workers. However, a 2013 study regarding the leading causes of death in the oil and gas extraction industry is surprising to many.

Conducted by safety analysts at the National Institute for Occupational Safety and Health (NIOSH) and published in the journal Accident Analysis & Prevention, the study revealed that the deadliest risk facing oil field workers is car and truck accidents—not fires, falls, and other accidents involving oil drilling platforms and specialized equipment. 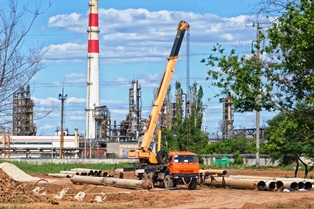 The researchers who authored the shocking study analyzed the Bureau of Labor Statistics' fatality reports from 2003 through 2008 to produce its findings. The study, while surprising, could prompt hopeful action for reducing the oil and gas extraction industry's dismal fatality rate—which, at one point during the oil and gas boom between 2003 and 2010, was seven times higher than the fatality rate in other industries.

The fact that most oil field worker deaths are attributed to motor vehicle accidents, rather than factors unique to the oil and gas extraction industry, suggests that federal regulatory agencies and other safety organizations could potentially reduce these fatalities using many of the same tactics they use to reduce vehicle deaths in other industries or among the public at large.

If you were injured or lost a loved one in an oil field-related vehicle accident, you may be eligible for compensation. Here's what you should know before taking legal action.

There's not one explanation for why so many oil field workers have died in transportation accidents. However, some of the most comment causes cited in accident summaries include driver error, speeding, losing control after an over-correction, losing control on a curve, inclement weather and falling asleep at the wheel.

Other contributing factors may include:

Were You Injured in an Oil Field Vehicle Accident?

If you were seriously injured or lost a loved one in an oil field vehicle accident, McGartland Law's experienced attorneys can help you explore your legal options. Contact McGartland Law today to schedule a free initial case consultation.